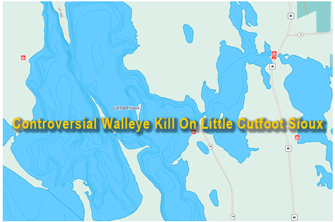 I’m lucky, that's no secret and you've heard me say it many times before! Recently though, I’ve learned that I’m even luckier than I thought I was; I leraned that my upbringing was even better than I remembered.

My parents, grandparents and school teachers provided me with simple, but solid advice like this easy to follow rule; “learn the facts before you open your mouth.” My parents demonstrated this philosophy all of the time, if I messed up, the first question they asked was “What Happened?” They knew that jumping to conclusions without first gathering facts could lead to bigger problems than whatever it was they were already dealing with.

I know, it seems like obvious advice to most of you, but apparently not everybody has benefited by being socialized in a similar fashion.

Take for example the buzz about the Walleyes that did not survive this springs spawning run on Little Cutfoot and have appeared floating on the lake’s surface. While it’s true that this extremely unfortunate occurrence is painful to observe, the conversation about it deserves to at least be filtered by facts, rather than unfettered emotion.

Witnesses, even some that were likely well intentioned, began the conversation without first gathering a single fact. Thanks to the magic of an un-filtered cesspool of dis-information on social media, the event then escalated from an unfortunate natural tragedy into a catastrophe of monumental proportion; or something like that.

Luckily, somebody talked some sense into someone and the original social post, along with its plethora of unseemly comments has disappeared. Still, folks who saw the original post and accompanying video may appreciate learning a little bit about the situation.

After hearing from folks about the incident on Tuesday, I requested input about how and why the walleye kill occurred. The explanation is not a simple one because weather, timing and natural instinct all factored in to what occurred biologically. Arguably, judgement and expertise do factor into the equation as well and we’ll come back to that in a minute.

But first, here’s a statement about how circumstances led to the Little Cutfoot walleye die off over the past few days. It was delivered in the form of an email to me, so it’s been slightly edited to fit into this format.

Gerry Albert; DNR Region 2 Big Lake Specialist; “I am sorry to hear that some dead Walleye have been seen in Little Cut Foot Lake recently.  Those fish are likely the result of several factors relating to the concentration of fish in Little Cut Foot for spawning, and stressful conditions that occur occasionally. 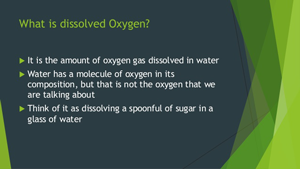 The winter of 2017-2018 was long, with enough snow to block sunlight from reaching the water.  These conditions resulted in low oxygen in the water through most of the lake.  During a typical spring, strong winds help break up the ice and at the same time, help mix oxygen into the water.

This year some of the low oxygen water did not mix and was still in the lake as thousands of walleye made their traditional spawning run.  Some of the dead fish were likely trapped in areas of low oxygen water and could not find oxygenated water in time.

Low oxygen was observed at the spawn take dock on the first day of operation; crews reacted quickly and released the remaining walleyes from the trap.  The trap was not reset until oxygen levels were determined to be adequate.

Night watch staff was given specific instructions to take action if fish appeared stressed or low oxygen was encountered again.

Spawning time is a naturally stressful time of the year for fish.  They have just gone through winter which is stressful, and then concentrate in large numbers, in close contact with each other. Rapid warming conditions along with low dissolved oxygen can result in some mortality.
Low oxygen conditions have been seen at the Cut Foot spawn take site whenever we have a long snowy winter.  This will occur in the future and will likely result in some dead fish being seen on Little Cut Foot Sioux Lake during the spring.

Dissolved oxygen levels were monitored and determined to be adequate in the upper water column, greater than 7 ppm to a depth of 15 feet.

While the number of fish that died this spring is substantial, it is a relatively small fraction of the spawning population that comes up to Little Cut Foot.  The biomass of walleye spawning stock in the system is very healthy and has been trending higher in recent years.

The high spawning stock biomass was the driving factor in relaxing the protected slot from 17 to 26 inches to 18 to 23 inches in 2015, allowing anglers the opportunity to harvest some of these larger fish with little risk to the long-term sustainability of the health of the fishery.” 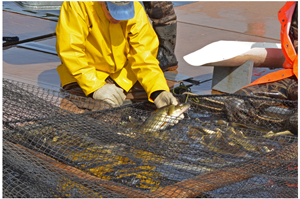 Okay, now back to the questions about judgement and expertise. Because I was spending time monitoring the status of both the walleye spawning run and egg harvest for these reports, I was in frequent contact with DNR Fisheries Staff.

I spent time at Little Cutfoot before the nets were set and I was there on Thursday May , when they actually set them. When I mentioned my surprise that the nets were not already in the water because the ice had gone out several days earlier, Albert’s response was that they wanted to be sure that the lake had time to reach adequate Oxygen levels before attempting to place the nets. What I’m saying is that I saw firsthand evidence that concern about Oxygen levels were front and center in considering when to begin placing the nets.

I was there again during the egg harvest, as were many of you and witnessed no deviations from standard procedure. Year after year, walleye have been handled the same way, by the same people and fish kills of this nature have rarely, if ever occurred before.
Nobody is happy about seeing a walleye floating dead on the surface. But there are times when a nature throws a curve ball that nobody can hit. Timing, weather, natural instincts and judgement all play a role and no one variable is responsible for everything that occurs.

For me, the most tragic part of this whole episode is seeing the willingness of some folks to jump to conclusions before ever asking for a single fact. Are people really born with so much built in knowledge that there’s no need to ask a single question before spewing an opinion?

It’s hard to imagine why somebody couldn’t have just been like my mom and simply asked: ”what happened?”

Fishing Reports Minnesota is the Facebook counterpart to this page and it's open to the public. Be like Tom, become a duly deputized "Cub Reporter" and post your own pics and comments. If it's good for fishing, then it's Good For Everybody!