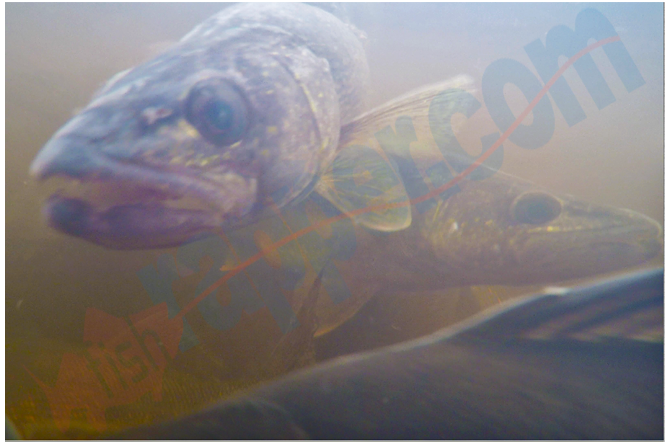 Q) A follow up to the February 3, 2022, article about releasing walleyes caught in deep water, T. R. James wrote, “I was most interested in the last sentence of your Fishrapper post today, "Who knows, these things might catch on and become standard operating gear for some of the tournaments where deep water fishing is common."  Can you speak more about that, i.e., if these tournaments are winter, summer, panfish, walleye, how deep, Minnesota based, etc. It came as surprise to hear this.”  Thanks

A) Thank you for the follow up sir! The video posted on facebook showing deep-water release techniques being used by the Brainerd area fisheries staff could really apply to any lake, summer, or winter, anywhere anglers routinely catch fish in deep water. The exact depth varies somewhat, but technically, fish caught in water depths that exceed 1 atmosphere (about 33 feet), are the ones that at highest risk and would benefit the most.

Anecdotally, I’ve personally observed situations where fish caught shallower, 26 to 30 feet have also shown signs of barotrauma. It is not at all unusual to hear anglers refer to catching walleyes in water depths of 30 to 40 feet deep. Crappies are often caught deep too, fish located at 30-40 feet are common, especially during late fall and winter.

Walleye, Crappie, Northern Pike, and bass will all move into deep water at times, so this isn’t necessarily a species-specific technique. That said, the most common target species for tournaments that I am familiar with happen to be walleye and crappie. Walleye tournaments tend to be scheduled during the open water season, but there are lots of club tournaments and fishing derby events that target panfish during winter too. 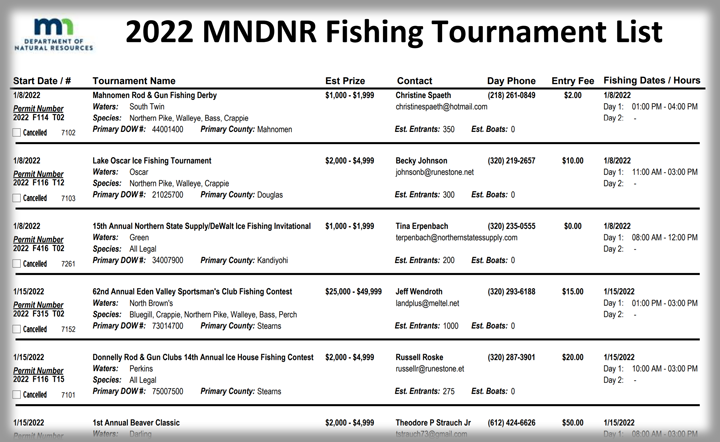 As evidenced by the Minnesota DNR’s 29-page list of tournaments currently scheduled for 2022, there are a lot of events that could potentially be included in the discussion.

The Fishing to End Hunger walleye tournament, where the video was produced, happens to be held on Gull Lake. For that event, anglers return fish to a central location for the weigh in and fish are released afterward. Anglers fishing the event take great care to keep their fish alive because dead fish cannot be weighed in. In the video, DNR fisheries staff records the apparently successful release of some of those “post-weigh-in” walleyes.

Many walleye tournament organizers are turning to the “catch-photo-release” format. Competitors catch a walleye, measure it, photograph using a special software and then release it immediately. Lake of the Woods, Winnibigoshish, Cass Lake, Leech Lake and Pokegama are just a few of the lakes in my home area that conduct these C-P-R format events.

One would guess that if releasing “post-weigh-in” walleyes from the Brainerd tournament was successful, that fish released immediately after being caught would benefit even more. That’s why I singled out tournaments in my original article.

For one thing, the events take place under controlled circumstances. So further testing and assessing the technology would be made easier for fisheries staff.

Peer pressure, in my opinion, works a lot better than regulation when it comes to promoting “best practices” and techniques for fishing. Anglers watch what goes on at tournaments and learn from them. Competitors are not only highly ethical in their approach to fishing but are also natural born leaders. My thought is that most of them would jump at the chance of spending $60 to show everyone that they’ve done everything possible to release their fish alive and healthy. It wouldn’t take long before tournament organizers would learn to incorporate the deep-water release practice as a sort of “public relations tool.”

The downside is that offering any deep-water release tool as a "solution" to barotrauma could backfire. Anything that encourages folks to target more fish in deep water would be a bad idea, in my opinion. So, I’d personally suggest taking great care that the message conveyed is that while these devices may help mitigate mortality of fish caught in deep water, it is still better to not fish for them there in the first place.

Like I’ve said before, I set the maximum bottom depth on my Humminbird to 30 feet of water. If I motor over a spot where there are fish deeper than that, I don’t even want to know about them. Admittedly, while that system works fine for me, it is not reasonable to expect everybody to follow my lead. So, my view is if using the deep-water release device leads to a greater survival rate, then I’m for it, a little bit.

Pin pointing walleye travel routes and staging locations during the ice season is a must for consistent bites. But we all know that it takes considerable time on the water and a keen understanding of structural elements to truly know why fish relate to them.

A few years back, I wrote about the effects of barotrauma on fish that were caught is deep water. After the article was published, I received messages from several folks who offered “fix-ups” for releasing fish that had been hauled up out of deep water. Some of the home remedies made sense, some of them didn’t, but their comments did trigger me to launch a probe for more information.

So, I consulted with some of Minnesota’s DNR fisheries biologists about barotrauma and when I did, I was surprised by the responses. My expectations were that they’d simply say that fishing deep water is bad and advise against fishing in water depths over 30 feet or so. I anticipated getting an advisory that any fish not intentionally targeted for harvest should be completely left alone.

Most of them didn’t though, instead, they appeared willing to accept that a certain percentage of fish caught in dangerously deep water, simply would not survive the trip topside. Not that they approved of the practice, they didn't. But I suspect that one reason for their acceptance of an accepted level of fish mortality is that there are situations in Minnesota where fishing in deep water is a way of life.

Take Lake of the Woods for example, anglers on that lake routinely pursue walleye and sauger in water depths over 30 feet. If they don’t, then there will be times when catching fish becomes a lot more challenging. I can think of more examples, Ottertail, Walker Bay, Rainy Lake, Cass Lake and Pokegama are just some that come to mind immediately, but there are more.

So, when a friend shared a link to the MN DNR video about using a device that allows releasing fish into deep water, I was torn.

On the one hand, I don’t wouldn’t want to encourage folks to purposely pursue fish in deep water. I try not to, and in most instances, I can find enough fish in shallower water to keep my customers happy. But on the other hand, I do realize that there are certain situations where anglers, whether they should be or not, will continue to target fish in deep water. Avoiding areas, primarily in depths over 30 feet, where problems with barotrauma are almost certain to develop is not always an option. 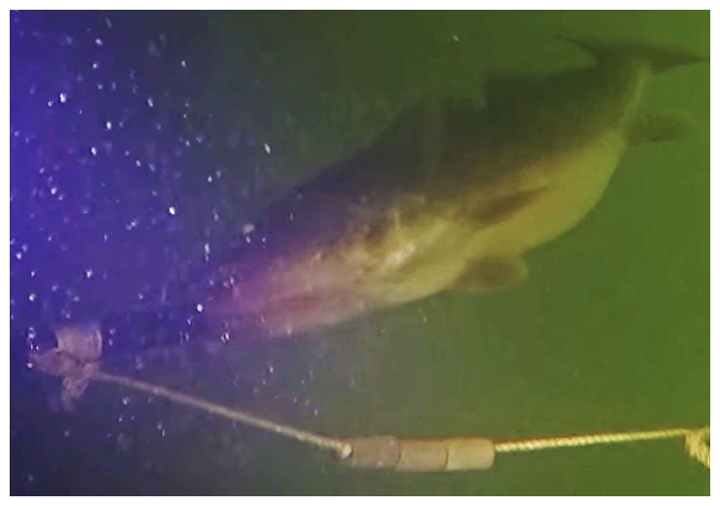 The SeaQualizer, a device that allows anglers to release fish back into deep water has caught the attention of at least one DNR Fisheries biologist.

I do see a risk of anglers perceiving the video as sort of a “green light” for fishing in dangerously deep water.  DNR Fisheries staff using the device could wind up giving anglers the idea that the practice is okay. I think that would be a step backward.

In my mind though, it boils down to this, if there’s a way to save some of the fish that would otherwise die, then it’s probably a good idea to share the information. Like I said, I wouldn’t want to encourage folks to purposely pursue fish in deep water. But if the ones who do can preserve a portion of the fish they catch, then on some level, it’s a win.

Personally, I still plan to avoid fishing in water depths over 30 feet. But sometimes, even fish caught in the shallower, mid-20 to high-20-foot depth range show signs of barotrauma and have given me problems. So, I think for $60, adding a seaqualizer to my tackle box is an easy decision. Who knows, these things might catch on and become standard operating gear for some of the tournaments where deep water fishing is common. Your Thoughts?