Jeff Sundin February 20, 2022 "Rationing Walleyes Because Of Wheelhouses - Necessary or Not?" 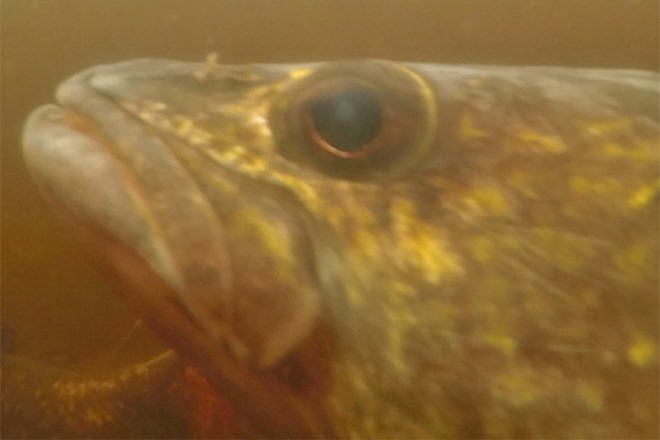 Born out of the discussion regarding the supposed "need" for more stringent, “socially based walleye limit regulations", there are a couple of recurring side-themes that do, in my view, deserve more follow up.

One of them, an oft-used reference to the increasing amount of fishing pressure brought about ice anglers. In particular, by the introduction of tailer-able, sleeper type ice fishing shelters. Early in my fact gathering process, I can already see evidence that holding up the popularization of “wheelhouses” as a reason for initiating new regulations is likely short-sighted.

Before any of us passively accept regulations aimed at lowering the number of walleyes we're allowed to have in our larders, I think we should at least consider a few facts. For many, the data will come as a surprise; so let's take a closer look.

MN DNR Big Lake Specialist Tony Kennedy has already been studying the impact of ice fishing for walleyes. Working out of the Bemidji fisheries office, Kennedy specializes in and keeps tabs on fish and forage population changes on both Cass Lake and on Upper Red Lake.

“Examining the effect of ice fishing activity on Cass Lake walleyes isn’t very informative”, Kennedy says. That’s because during winter, there are far fewer anglers pursuing walleyes there than there are other species, primarily perch. Upper Red Lake on the other hand, is a different story. To walleye anglers who ice fish, Upper Red is arguably one of the most important walleye lakes in Minnesota. This is especially true during late November and on through December when it is often the only game in town for anxious walleye anglers.

In a conversation with Kennedy, he cautioned against making broad assumptions about increased winter fishing pressure. “Ice fishing is just so nuanced, the weather, snow cover, angler’s access to specific locations around the lake; they all have a huge impact on the amount of harvest that occurs”. Kennedy says. “There is no doubt that ice fishing activity has increased, but the impact of increased fishing pressure on walleye harvest is not directly proportional.” 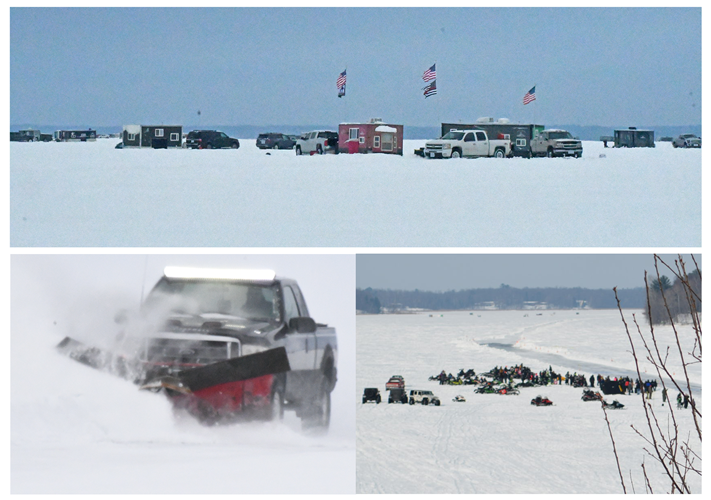 After asking for charts, reports, power points and the like, Kennedy suggested we examine what is likely the best measurement we have, the overall harvest rates of anglers on the ice. Gathered by creel survey clerks, anglers provide information about the fish they catch. How many, how large or small, what species, you get the idea. Back at the office, data about ice fishing is then broken down into 2 categories, day trips and sleeper trips.

A day trip could be short or long, ranging anywhere from a couple of hours to a marathon, sunrise to sunset trip or anything in between. If the angler or angling group does not stay overnight on the lake, it is recorded as a day trip. The mean day trip duration over the past 5 years averages about 6-1/2 hours.

Sleeper trips mean any fishing trip where the angler or group arrives at the lake and fishes for a period that includes at least one full overnight. According to Kennedy, anglers spending 36 to 48 hours or more on the lake is not uncommon. The mean sleeper trip duration over the past 5 years averages about 44 hours.

I won’t mention who spilled the beans, but I’ve heard recently about some folks who suffer with a condition called “wheelhouse derangement syndrome”. I hadn’t heard of it, but apparently, you can recognize if somebody has it when they begin counting all the wheelhouses they meet on major highways and then multiplying by six to form their own walleye harvest estimates. 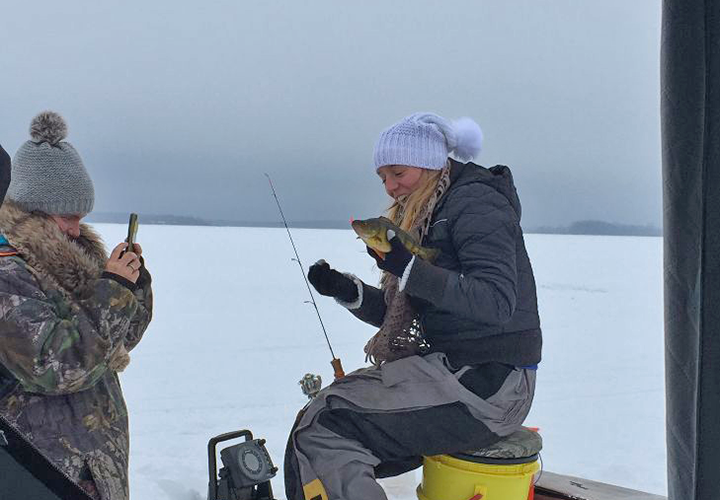 All joking aside, I have instinctively believed that harvest rates during the ice fishing season are much lower than most folks think. After all, I do ice fish a lot and over time, have developed some sense of how many walleyes get caught and how fast we get them on an average ice fishing trip. The open question has always been, how much lower is the actual harvest rate vs the perceived one?

The disparity in harvest rates between day trips and sleeper trips can be explained in part by the “lifestyle” aspect of sleeper house fishing. Anglers are on the ice a lot longer, but most don’t fish as intensely as the day trip anglers do. When you think about it, it makes sense, an angler who shows up to fish for a few hours tends to work harder and more efficiently. Wheelhouse anglers have more distractions and fish at a more leisurely pace, often enjoying the overall experience more than they would the fishing in and of itself. 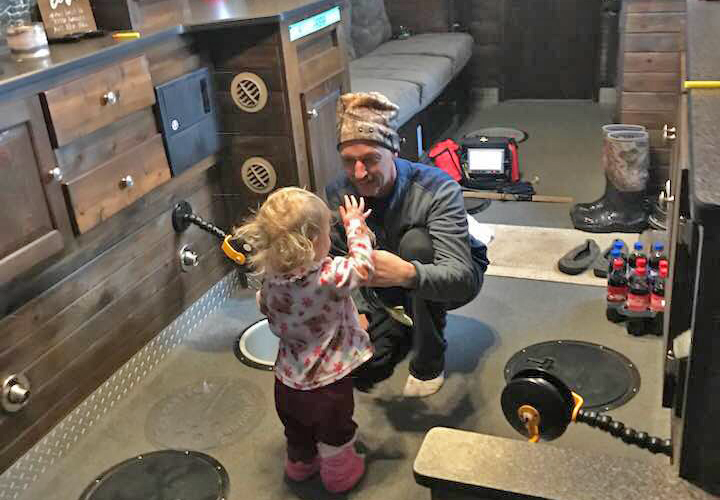 Another factor limiting efficiency in a wheelhouse is mobility, that’s another nuance that affects the average harvest rate. They look mobile, but folks who have them are dependent on plowed roads and good ice conditions for access. So, some seasons are more fun than others, in 2021 moving around on the ice wasn’t too hard, a fact noted often by folks using the wheelhouse as an explanation for the “need” to ration walleyes.

This winter, on ice travel conditions are not as good, resulting in much less traffic on the lakes. Under these circumstances, one guess is all folks get, if they park it in the right spot, they probably catch some fish. Plop it down 100 feet away from the honey hole and they might be having a slow weekend.

One more thing that merits consideration, when our effort to promote fishing works, we ought to recognize it. So, whether you love wheelhouses or don’t, try to understand this; they do something that many have tried, but few have accomplished, they have increased family participation in fishing by leaps and bounds. By making ice fishing comfortable, entertaining, and fun, they’ve given families a new reason to play together, instead of apart.

Information always makes decision making easier and good information can be hard to come by. I know this article may not sway your personal opinion. But if you’re using increased pressure by ice anglers as an example of why we need more rationing, I think these facts need to be evaluated more fairly.